Jaap Otte assists the Digitization Program Office with developing corporate partnerships and collaborations and has done so at various parts of the Smithsonian for the last decade. Jaap strongly believes that the Smithsonian and corporations have much to offer each other and enjoys developing deep and long-lasting relations for the Smithsonian as a global leader in digitization. Jaap has an MBA from the McCombs School of Business at the University of Texas at Austin and a joint degree in law and public administration from Leiden University in The Netherlands. A native of The Netherlands, Jaap has lived in the US since 2005. When not at work, Jaap enjoys travel, collecting ceramics and life in general. 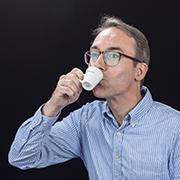